Nowhere in the Netherlands shines the sun as often and as long as in Walcheren. It's a great starting point for a vacation in Dishoek. Wherever you are in Zeeland, you are no less than 15 minutes away from the water. Walcheren is traditionally the most famous area of ??Zeeland from a touristic perspective. The whole area is protected from the sea by high dunes, which are only interrupted by a wide seawall near Westkapelle.

The blonde beaches make an excellent playground for children. Swim safely, go hunt for shells, or build a sand castles. The golden sun warms you, and you will experience the freedom of air and water. 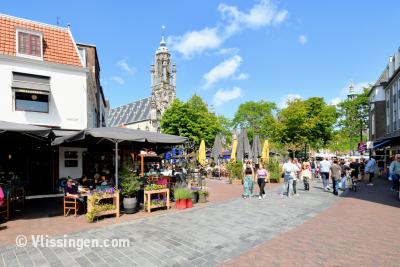 Also the sunset is gorgeous. Dream away wonderfully while enjoying a nice glass of Zeeland wine on one of the cozy beach pavilions. The beach with its game of ebb and flow is always fascinating, in any season. A breath of fresh air, let yourself get carried away by the rhythm of the surf. Feel the refreshing breeze through your hair, and fill your lungs with salty sea air. Rather do something more active? Grab your kite and head into battle with the wind. Or ... gallop on the back of one of those tough looking Zeeland draft-horses. The cozy resort of Dishoek invites you to taste the atmosphere. You feel welcome, and you can finally unwind. 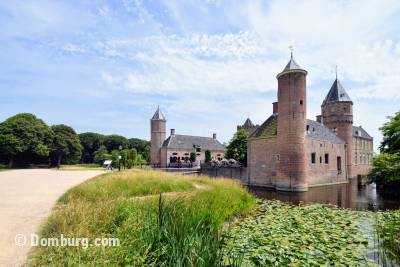 There are a few well-known seaside towns along the coast of Walcheren. In the village in the southwest of Walcheren lies the seaside town of Zoutelande. Zoutelande has been a cozy family seaside town for years, where activities are organized in the summer for young and old almost every day, such as a weekly tourist market, riding ring and treasure hunting. Further in the village there's a variety of shops, restaurants, terraces and cafes where you can truly enjoy yourself.

Heading further, behind the highest dunes of Zeeland, are the picturesque places Groot Valkenisse, Dishoek, Biggekerke and Meliskerke. Going against all trends, they manage to retain their own atmosphere. A walk over the dunes, sometimes up to 50 meters high, provides you with a wide view of the sea and over Walcheren. The large sea ships pass by closely to the coastline, a unique sight to see. A narrow, but beautiful nature strip of dunes and forests, forms the natural backdrop.

In the north of Walcheren lies Veere. This medieval town breathes a glorious past, in every building and on every street. Beautiful fortifications, and other monuments dominate the horizon. Veere has a marina in the center of the town, and has a picturesque location on Lake Veere which is an extensive watersport area.

In the heart of Zeeland lies Lake Veere. One of the largest watersport areas in the Netherlands. The possibilities for fishing, surfing, sailing, canoeing, water skiing and scuba diving are plentiful, as well as lessons and equipment rental to do this. Large and small marinas, with more or less extensive facilities can be found in this brackish water region. It is also a very beautiful nature area with recreational areas along the river banks and on the small islands (eg Haringvreter) and walking and cycling possibilities.

Domburg is the oldest of the seaside towns, picturesque and mundane at the same time. Formerly it was a well known health resort where the upper class and artists settled. The Marie Tak van Poortvliet Museum honors the former artists' group of Jan Toorop, and Piet Mondrian among others. The cozy town center has many cafes and shops. Domburg is adjacent to the Manteling, a nature and hiking area.

In the shadows of Domburg, only two kilometers from the coast lies the ring village of Aagtekerke. A 15th century church can be seen here. Westkapelle has one heck of a dike: the seawall of Westkapelle. The sea forms a threat regularly here, because the village is situated at the head of Walcheren, with its point in the sea. Still the centuries old, remarkable lighthouse, which became world famous by the paintings of Mondriaan, is a maritime beacon. Westkapelle is also called a village of dike workers. Despite this robust qualification, it is a quiet and pleasant vacation spot with the presence of beach, dunes and the creek and forest area behind the coastline. Westkapelle is very popular, especially among fishermen.

Flushing, with its wide and long boulevards, is an attraction on its own. This city of Michiel de Ruyter exudes a certain maritime atmosphere. You can experience it when you take a walk on the wharf to the marina, enjoying the view of the Westerschelde, and the loading and unloading of the ships. The Zeeland Maritime muZEEum tells you all about the maritime history of Flushing. You will experience the extremely glorious time during the boat show again. The Arsenal features a 65 meter high tower, and several spectacular attractions. In the Iguana Reptile Zoo you'll encounter an exhibition of reptiles, amphibians and insects from around the world.

Middelburg, the capital of Zeeland, closes the tour of the places off worthy. This monumental city has approximately 1000 large and small monuments. A walk around the city led by a guide takes you along all lively memories from the past. The centuries old Norbertijner Abbey is the highlight of this tour. The buildings are currently in use by the province of Zeeland, and the Zeeland Museum. Mini Mundi will show you the entire island in a nutshell. And if you like to see Middelburg from the water, that's possible too with boat tour through the canals.